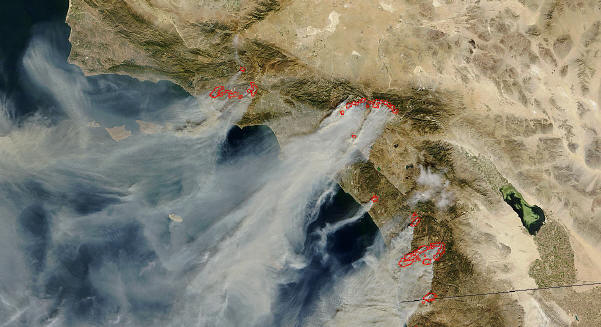 MODIS thermal mapping data over a satellite image 10.28.03
This map was created by David F. King (click the map to download the actual PDF map) 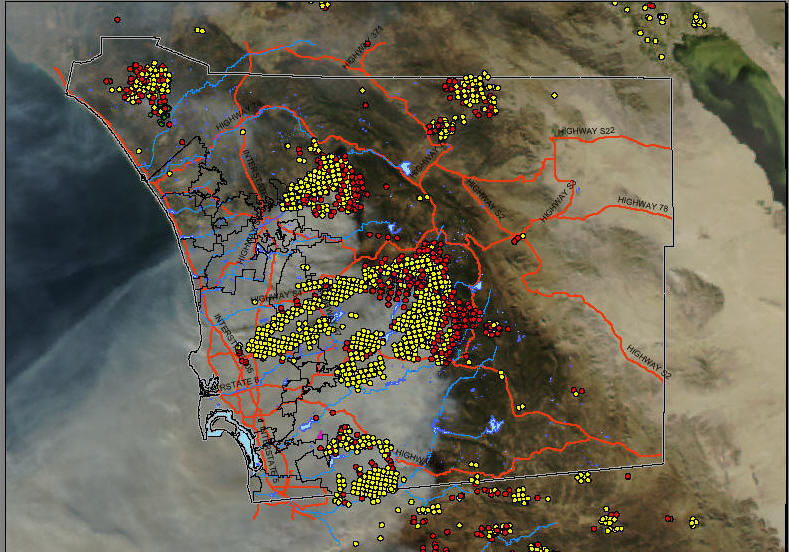 I overlaid MODIS thermal mapping data over a satellite image of the smoke and fire and added some landmarks. The MODIS points are attributed by temperature. I wasn't sure where to make the cutoff, so I used 451 degrees. The red points are probably still burning, and the yellow points are hot, but mostly 150-300 degrees. You can see the outline of what had burned as of about 10 this morning.