InterNIC site. http://www.internic.net/ (InterNIC is a registered service mark of the U.S. Department of Commerce. It is licensed to the Internet Corporation for Assigned Names and Numbers, which operates this web site.)

The Internet is a modern information relay system that connects hundreds of thousands of telecommunication networks and creates an "inter-networking" framework.  Peng and Tsou, p. 4, Internet GIS.

Different from the current Internet, which was developed originally by the U.S. Department of Defense, the Internet2 is a university-led effort to develop advanced network technology and applications.  In October 1996, thirty-four of U.S. universities formed the Internet2 Consortium and created the University Corporation for Advanced Internet Development (UCAID) to support the Internet2.  Currently more than one hundred and seventy universities participate the project and work closely with industry and the federal government. (Susan Fingerman, 1999, Internet2 and Next Generation Internet: Two for the Future, Information Outlook, Nov. 1999

The Internet2 also created a high-speed network infrastructure by connecting over 150 Internet2 universities and institutes as “gigapops” who are connected to high-performance backbone network.  Gigapops are the high-bandwith nodes or hub universities which can serve as the portal to various Internet2 applications.

There are two kinds of technologies used in such high-speed backbone.  The very high performance Backbond Network Service (vBNS) was developed and supported by National Science Foundation and MCI, which can provide 622M-bps to 2.4G-bps bandwidth communication between two backbone nodes.  Another network is the Abliene network (http://abilene.internet2.edu/) supported by UCAID and its partners.  Abilence is developed by Qwest, Nortel, and Cisco together and utilize high-speed Sonet facilities to provide connections between Gigapops. The bandwidth of Ablience network is between 2.4G-bps to 9.6G-bps.  The two types of backbone infrastructures can be interconnected by vBNS+ (the next generation of vBNS). (Abilene Project: http://abilene.internet2.edu/about/ )

The Next Generation Internet (NGI)

Different from the Internet2 as university-led project, the Next Generation Internet (NGI) is federally-led initiative.  (http://www.ngi.gov )  The NGI project was a three year project started in 1997 and ended in 2000 with $300 million commitment.  The focus of NGI was the needs of collaboration among federal governments agencies and to connect existing high-speed networks projects within the federal governments, including NSF, NASA, the National Institute of Health, EPA, the National Institute of Standards and Technology, etc.

The foundation of the NLR infrastructure is a dense wave division multiplexing (DWDM)-based national optical footprint using Cisco Systems' 15808 and 15454 optical electronic systems, with a maximum capacity of 40 and 32 wavelengths per fiber pair respectively. Each wavelength can support transmission at 10 billion bits per second (10 Gbps). This optical system is being deployed nationwide across roughly 10,000 route-miles of dark fiber that NLR has obtained through Level 3 Communications and WilTel Communications. Four NLR wavelengths have been implemented using 10 Gigabit Ethernet LAN PhY (physical layer), a technology and architecture that had previously been limited to metro-area networks. NLR can also support the SONET (Synchronous Optical NETwork) Technology employed in traditional telecommunications networks, (cited from http://www.nlr.net/infrastructure/ )

(the following paragraphs are cited from the website: http://www.ipv6.org/

IPv6 is short for "Internet Protocol Version 6". IPv6 is the "next generation" protocol designed by the IETF to replace the current version Internet Protocol, IP Version 4 ("IPv4").

Most of today's internet uses IPv4, which is now nearly twenty years old. IPv4 has been remarkably resilient in spite of its age, but it is beginning to have problems. Most importantly, there is a growing shortage of IPv4 addresses, which are needed by all new machines added to the Internet.

The Paradigms of Cartography

The unique features of Internet mapping:

1. Map users become both map authors and map readers.  The role of traditional map authors (cartographers) become invisible or replaced by computer programs (such as automatically labeling, symbolizations, and the design of color schemes) and map users themselves.  The learning curve and map making experiences from the map users will become the major feedback for improving the design of maps.

2. The use of maps could be applied in both public domains and private domains via the Internet and the World Wide Web.  People can use on-line mapping tools to conduct their own private research (maps) and, at the same time, they can save/publish their results back to the public web site and allow other people to access their private research findings.  A Web-based map can be used both privately and publicly.

3. Who is the audience? It is more difficult to know who are accessing your Web-based maps now and how much time they are willing to spend on your web maps.  Internet users are much more diversified than traditional map readers.  Creating user feedback pages and analyzing Web page logs may help us to describe targeted user profiles.

4. Copy maps electronically. The duplication of electronic maps becomes easier and cheaper than traditional paper maps.  Map users can download either statistic map pictures or a complete GIS data set for further use.  Copyright issue will need to be reconsidered.  How to put a "signature" on the electronic maps? How to protect the contents of electronic maps? These questions need to be answered.

What are the differences between paper maps and electronic maps (E-maps)?

What are the differences between view-only E-maps and interactive E-maps?

What are the differences between standalone E-maps (CD-ROM, Standalone computer software) and network-based E-maps (WWW)?

OLED: organic light-emitting diode, a display device that sandwiches carbon-based films between two charged electrodes, one a metallic cathode and one a transparent anode, usually being glass.

2. The use of index maps to provide a synoptic map "view" for map "coverage".

Map View: refers to the portion of the map coverage displayed at a point in time

Map Coverage: refers to the extent of the spatial information contained in a map.

3. Create a hierarchy of map symbols:

The following GIS maps were created by Joey  Ying Lee at the HDMA Center.

Show your own web page and explain your HTML codes.

The major difference between traditional cartographic communication and interactive mapping is USER INTERFACE, which bridges the gap between map users and spatial databases.

The role of the map user in the development of maps becomes significantly more important in web-based mapping applications (Figure 2b).   The map user can change map content immediately by manipulating a map browser (user interface).  An example of this type of manipulation is zooming in and zooming out.  The role of the map maker has been transformed into a collaboration of efforts between spatial databases, web map servers, and map browsers.  Maps within a web-based mapping application are dynamic objects (pictures or data streams) that can be transferred and requested between web map servers and map browsers.

Therefore, to create a successful web mapping application, all major system components (Databases, Web map servers, and map browsers) need to adopt a UCD approach to ensure that maps generated by these systems are effective in meeting the needs of the map user.

These procedures and methods focus on the interactive process of system development with user participation and evaluation.   This standard illustrates five major steps for the implementation of UCD applications.  The first step is the development of a plan with a user-centered focus.  The second step is to understand and determine the context of use.  The third step is to specify the user and organizational requirements.  The fourth step is to produce design solutions.  The fifth step is to evaluate the design using established requirements.  One important aspect of the ISO 13407 Standard is that each step is part of an iterative loop.  For example, the results of the fifth step can be applied to the second step creating an iterative loop of user feedback and revision (ISO, 1999). The iterative process will continue until the objectives are satisfied.  For web-based mapping applications, UCD can be used as a set of practical guidelines for design and software implementation processes.

This example allows users to naturally manipulate virtual 3D models with both hands on the Responsive Workbench, a tabletop VR device. 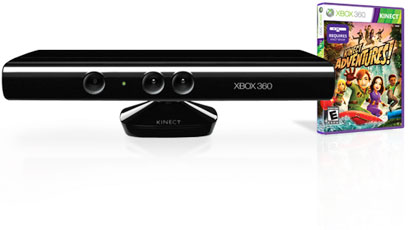 You are the "controller".

6. The TIGER Map Service, a project sponsored by the U.S. Bureau of the Census. (http://tiger.census.gov/)

Think about the following questions:

What are the differences among these examples?

What kinds of "metaphors" do they use in their interface design?

Who are their users?

What kinds of "services" do they provide on-line?