Animation of the Fire Oct 21-24 (By Andrew Gordon, Aude Esperbe, and Grant Fraley)

In this animation, the first part is the 2003 CEDAR fire (orange color), and then the 2007 fires (Red color). The brown points in between represent the area that used to be burned by the 2003 fire.  We can compare the spatial pattern between the two major wildfire and see their differences. 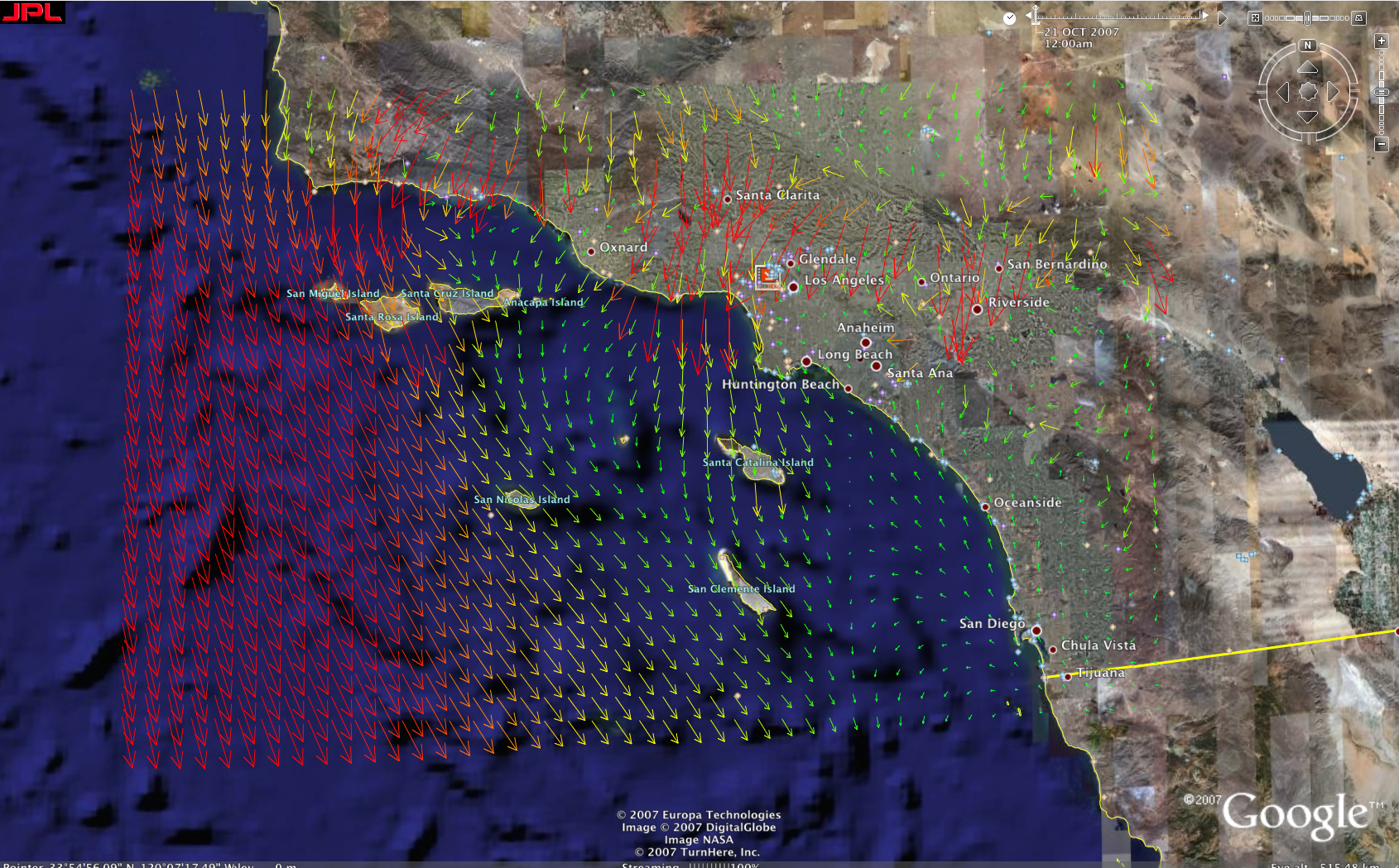